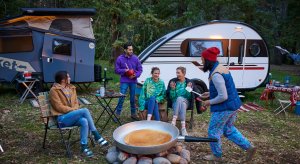 The national RV Dealers Association (RVDA) has filed comments highly critical of the Federal Trade Commission’s (FTC) proposed Motor Vehicle Trade Regulation Rule. In formal comments filed on September 12, RVDA noted that if adopted as proposed, the rule would increase sales transaction times for consumers and add to the cost of the RVs by adding unnecessary administrative overhead for dealers.

The FTC’s proposed rule would significantly alter the way motor vehicles are sold, marketed, and financed in the U.S. by adding additional disclosures on pricing, vehicle add-ons, and onerous new recordkeeping requirements.

RVDA argues that the FTC proposed rule fails to take into consideration the sales and pre-delivery processes and costs associated with different types of motor vehicles. “The automobile industry has standardized motor vehicles that can be driven away unaltered by the customer that same day, while in the RV industry it is customary to prepare a vehicle before a customer is able to use the RV,” according to RVDA.

RVDA said that the rule, as currently drafted, could require dealers to provide the customer with a new set of disclosures every time the customer asks for a new option or add-on for the vehicle.

The comments also point out that the FTC showed no justification for including RV dealers in the proposed rule. The agency did not produce “any findings that these unfair and deceptive acts or practices are prevalent in the RV industry,” RVDA stated in the
comments.

The association believes this “enormous change in business practices” to add more complex and costly administrative requirements could drive small RV dealers out of the industry, removing small RV dealers that are capable of assisting customers across the country while they travel.

RVDA was also clear that the association “does not condone misleading advertising or unfair practices in the sales or financing process. However, the FTC already has the authority to combat deceptive trade practices and has used these regulations to go after dealers who do not comply with existing rules.”

RVDA will keep members informed as the FTC considers further action on the proposed rule.